It was an opportunity for the new Riverton City Police Department to get to know students and share some important safety tips as we begin the new school year.

Police Chief Don Hutson had a big surprise for students at Foothills Elementary School as well. The Chief arrived in the gymnasium with members of the police department motor squad and two motorcycles. After that, Chief Hutson introduced students to the department’s K-9 cop. The K-9 cop, named Titan, demonstrated how he does some serious crime-fighting work.

Superintendent Godfrey shared a safety message with students and he had everyone join him in a Foothills cheer.

Again, this was an opportunity for the newly formed Riverton City Police Department to help kids get to know officers who work so hard to protect and serve in our communities.

A big thanks to Police Chief Don Hutson, K-9 Titan and the Riverton City Police Department. 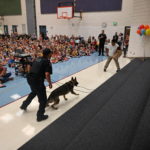 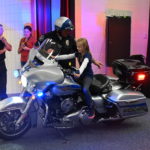 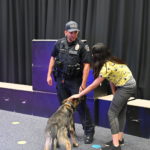 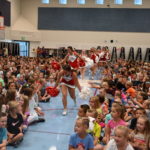 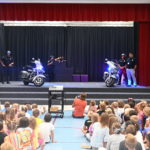 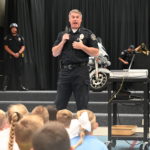 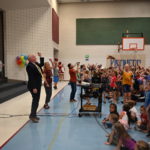 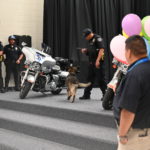 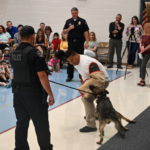 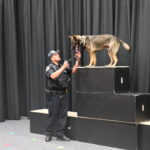