Current Board members Darrell Robinson, Marilyn Richards and Bryce Dunford, along with new Board member Niki George officially took the Oath of Office and were sworn in for a four-year term Tuesday evening. Salt Lake County Clerk Sherry Swensen administered the Oath. Friends and family members were on hand to congratulate the Board members on their election and willingness to serve on behalf of Jordan School District. 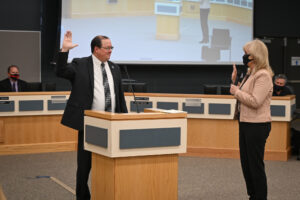 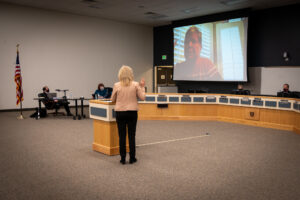 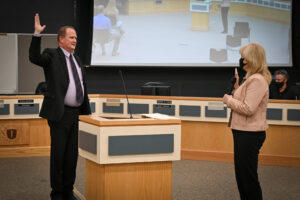 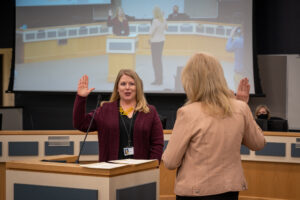