Students at West Jordan High School posed for pictures as they signed letters of intent to colleges around the county. Student-athletes who have verbal offers from college coaches make their athletic scholarships official by signing their National Letter of Intent. February 2nd marked the first day of the signing period, and is marked by celebrations, reveals, and often some college gear. 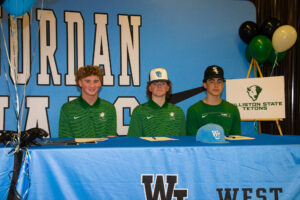 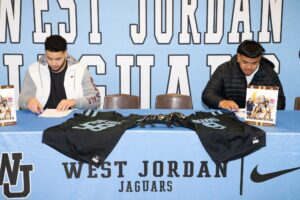 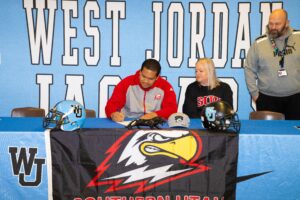 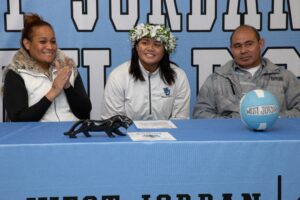