It is a day to say thank you to those who have served and sacrificed so much to protect the many freedoms we enjoy.

Students at Riverton High gathered early as the sun was coming up to participate in a Sunrise Salute to military veterans. They held a moment of silence to reflect on the men and women who serve and those who have paid the ultimate price. It was a meaningful and moving way to start the day before heading to class on this Veterans Day.

At Herriman High School they paid respect to several veterans invited to speak at a school assembly. One speech was delivered by 103-year-old Eugene England who served in Okinawa, Japan. Mr. England received the Bronze Star for valor during World War II and received a standing ovation from students for his speech and more importantly his service.

Thank you to all of the brave men and women who have and continue to serve this country and fight for our freedoms! 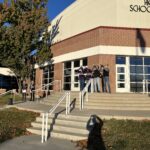 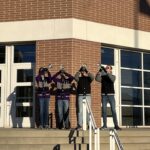 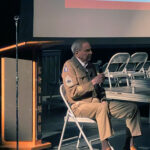 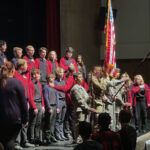 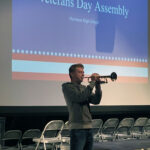