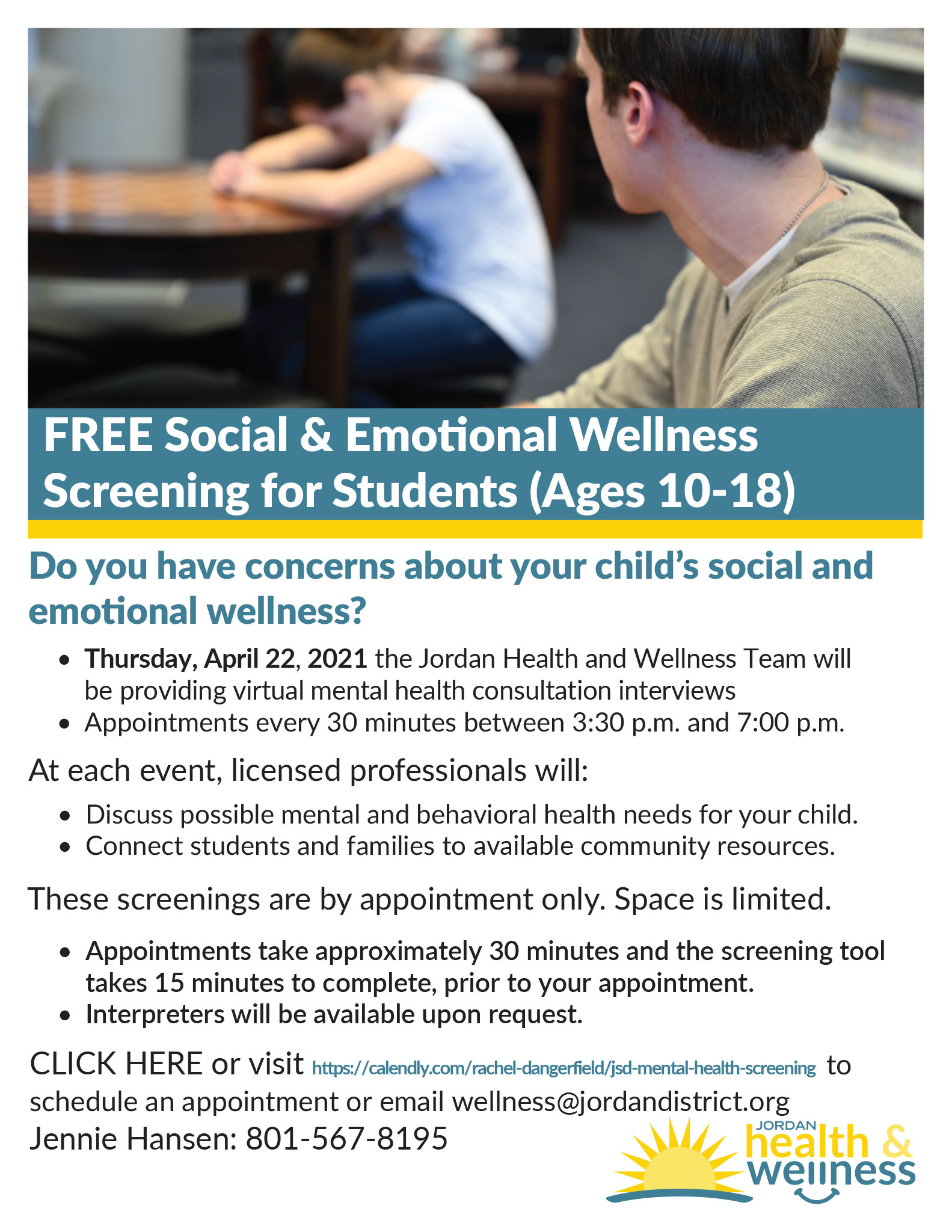 Do you have concerns about your child’s social and emotional wellness? On April 22, the Jordan Health and Wellness Team will be providing virtual mental health consultation interview appointments every 30 minutes between 3:30 and 7 p.m.

Students from the Kauri Sue Hamilton School celebrated an early Arbor Day, planting two trees on the school’s grounds. The trees were donated by Jeran Farley from the “Utah Division of Forestry, Fire and State Lands,” Tree Utah, and Rocky Mountain Power. The event gave students a chance to get up close, feel and smell the soil and grass, with a few of the students helping to plant the two trees. Principal Courtney Titus says the students are excited to watch the trees grow that they helped plant.

Thank you to everyone who helped make this a memorable day for all the students are Kauri Sue Hamilton School. 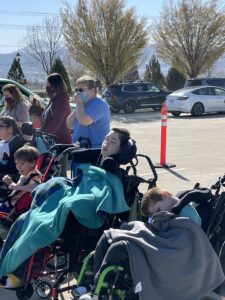 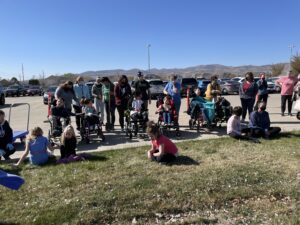 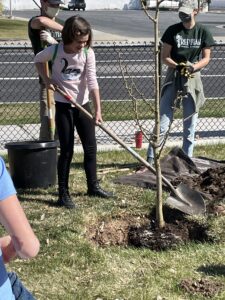 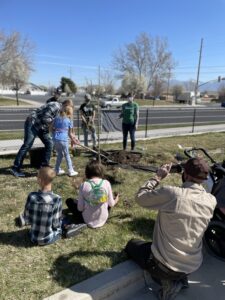 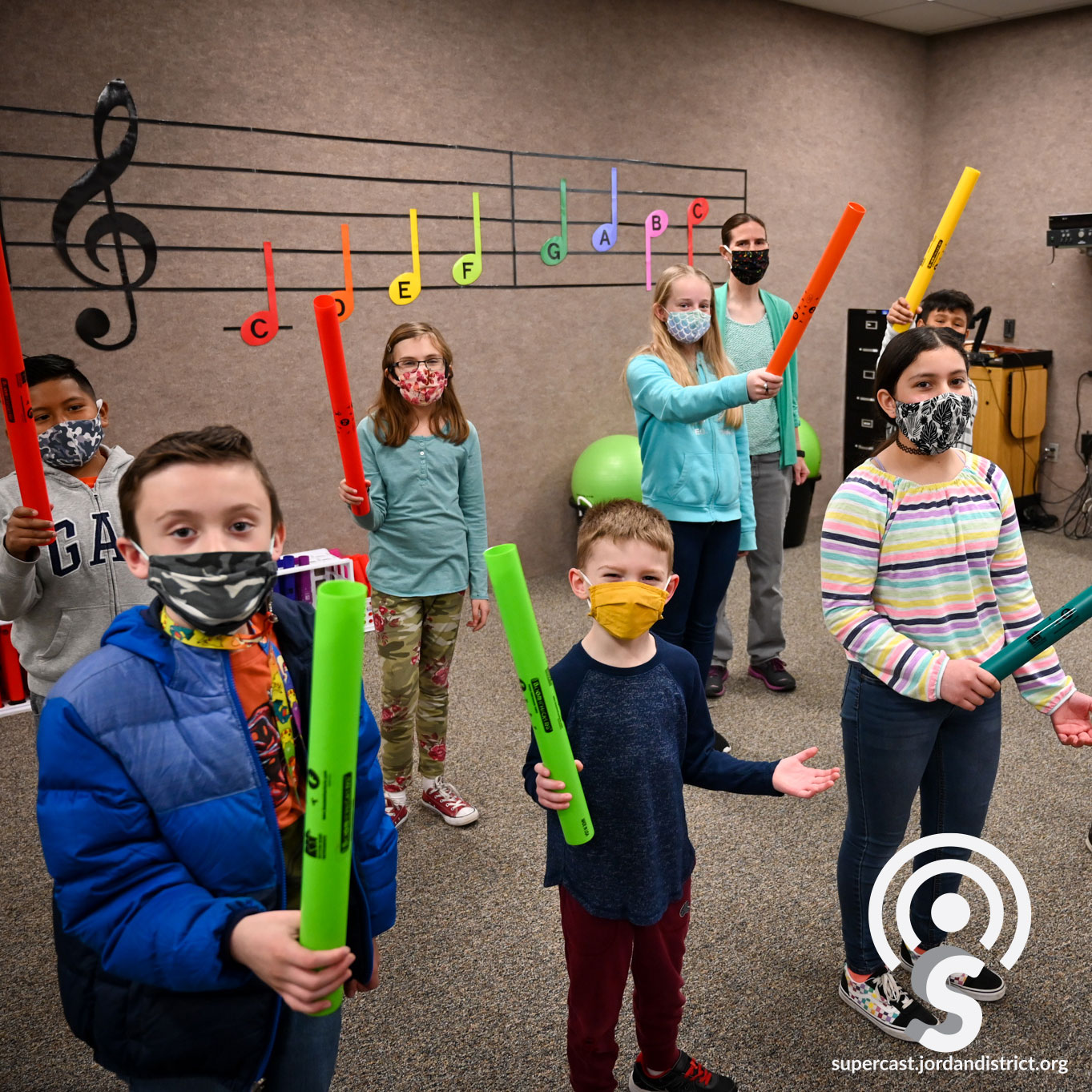 It is music to the ears of students who have a passion for instrumental and visual arts. The brand new Majestic Elementary Arts Academy is opening in Jordan School District for the 2021-22 school year.

On this episode of the Supercast, we take you inside the new school where elementary aged artists and young musicians are extremely excited about having arts integrated into daily classroom instruction in the coming year. 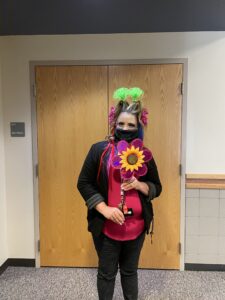 Daybreak Elementary School Principal Leslie Ewell had a colorful new look, a least for a day, after students were allowed to give her a hair and makeup makeover.

A reading challenge was held during the month of March between K-3 and 4-6 grades to see which group could complete the highest percentage of reading goals.

Mrs. Ewell and the school’s PTA rewarded K-3 with pizza and ice cream. However, Principal Ewell went a step further.  She said the class with the highest participating percentage would also be allowed to give her a Seuss Style makeover!

The students did a great job and Principal Ewell rocked the Seuss Style hair and makeup.

Thanks, Mrs. Ewell, for helping students have fun with learning and for being such a good sport, sporting your new look! 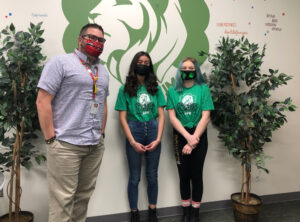 Students from across the State had an opportunity to talk directly with Governor Spencer Cox this week in his first Student Town Hall. Among them were two students from West Jordan Middle School. In fact, Emma Sosa and Austin Poitras were the only middle school students invited to participate by submitting and then asking the Governor their question.

Emma Sosa, from West Jordan Middle, asked Mr. Cox whether he would bring back health or mask mandates with the onset of the flu season in the fall or winter. The Governor responded by saying his hope is that there will not be another mask mandate.

Austin Poitras, also a student at West Jordan Middle, asked the Governor “What are you and the State actively doing to help prevent gun violence in schools?” Governor Cox explained what is currently being done to invest in safety and security at schools and talked about a new study that is underway to understand why school violence occurs. He encouraged all students to use the SafeUT app which he says has proven to be very successful.

The Governor said this first Student Town Hall was an effort to provide a platform for young leaders to share their voices.

We are proud of Emma and Austin from West Jordan Middle for sharing their voices and representing their school so well!