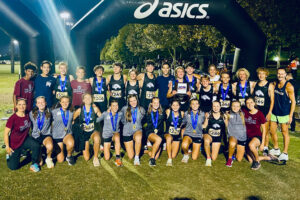 They were competing against some of the most talented runners in the nation at one of the most prestigious races in the country. The Herriman High School boys cross country team is celebrating after a big win at the Woodbridge Invitational Cross Country Classic over the weekend.

The boys team took the title in the 3-mile Sweepstakes Race, making history as the first Utah team to ever win the race at the Woodbridge Invitational. Coach Doug Soles said he is very proud of his team this year, calling the runners an amazing group. The boys team is already ranked in the top ten in the nation and their ranking will likely go even higher after this big win.

The Herriman High girls cross country team made their coach and fans proud as well, placing 20th overall in the competition.

Congratulations to the Herriman High School cross country team along with Coach Soles. Best of luck at the upcoming State competition, we are cheering you on!